Recently I setup an unRaid file server on a $50 eBay desktop, and have been moving my TV shows and movies into a Plex docker container running on said machine. It turns out that I have something like 14 days worth of cartoon shows, and I have a hard time curating a list of shows I want to watch on a Saturday morning when I’m feeling super lazy. But recently, I came across a Python script that gave an example of how to build a Plex playlist dynamically, based on all the episodes/movies that aired on a given day. So, for example, if you ran the script on 2019-02-10, it would scan your library for all movies and shows that had an original air date (or theater release date) of February 10th, of any year.

Check out the original gist, here.

I loved the script so much, I modified it to allow for providing any date to it, and have it create a playlist from that given date, and not be restricted to the date in which you ran it.

My modified gist can be found here.

This all got me thinking; “I can build custom cartoon playlists based on the next unplayed episode of each cartoon show!” So I did. When I run the script, it loops over all cartoon shows in my Plex library, and finds the first unplayed episode, and adds it to a playlist. That way, I’m always watching something I have not watched previously. Check out the code at the bottom of this post. 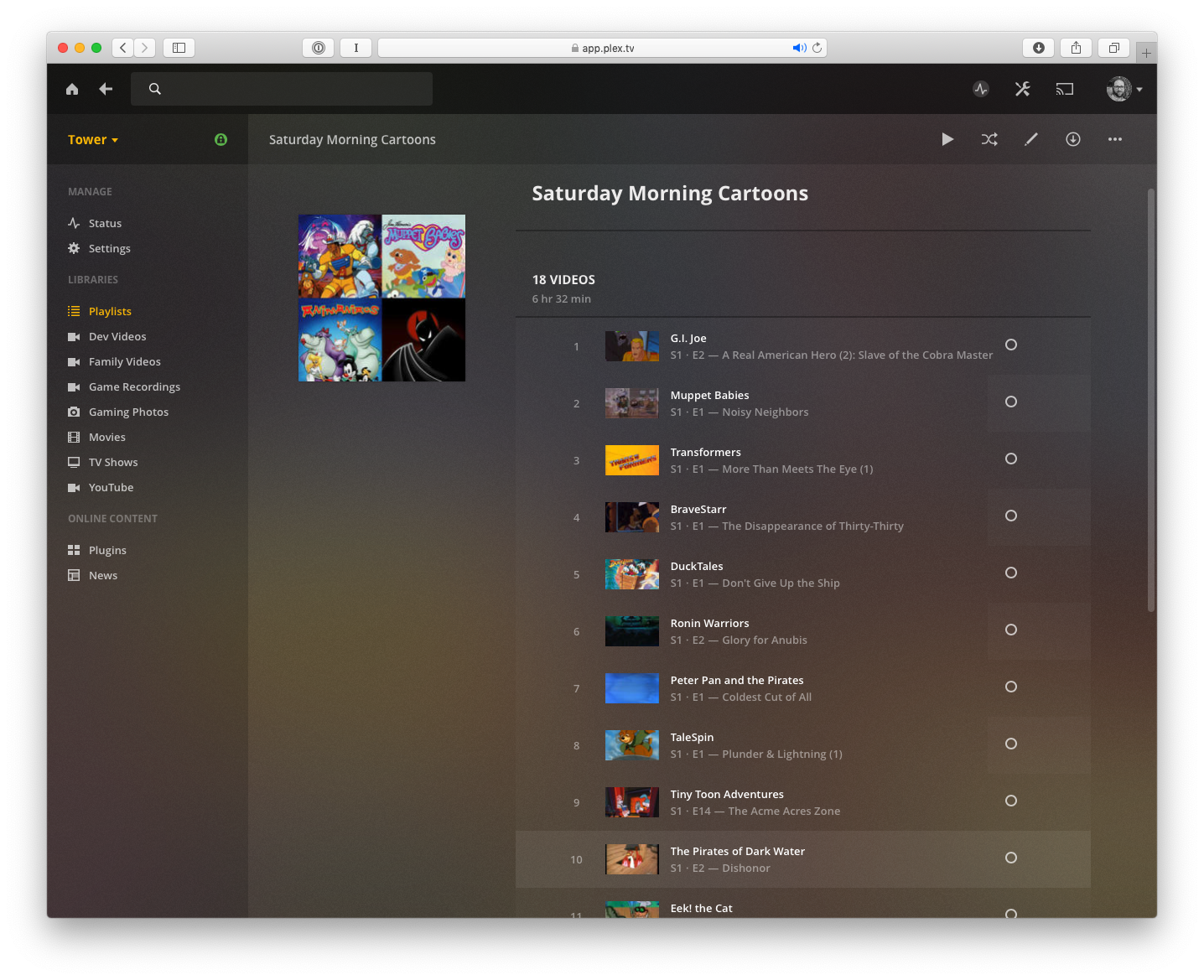 My lazy Saturday mornings will never be the same.

Grab these files, and modify them to match your current Plex server setup.

That will create a playlist called “Saturday Morning Cartoons” if one does not exist. If that playlist already exists, nothing will be done. To re-create the playlist, delete the existing one, and re-run the script above to build the list.