After previously explaining how I had switched away from Evernote, I’ve been back for several months now, thanks to Marxico. 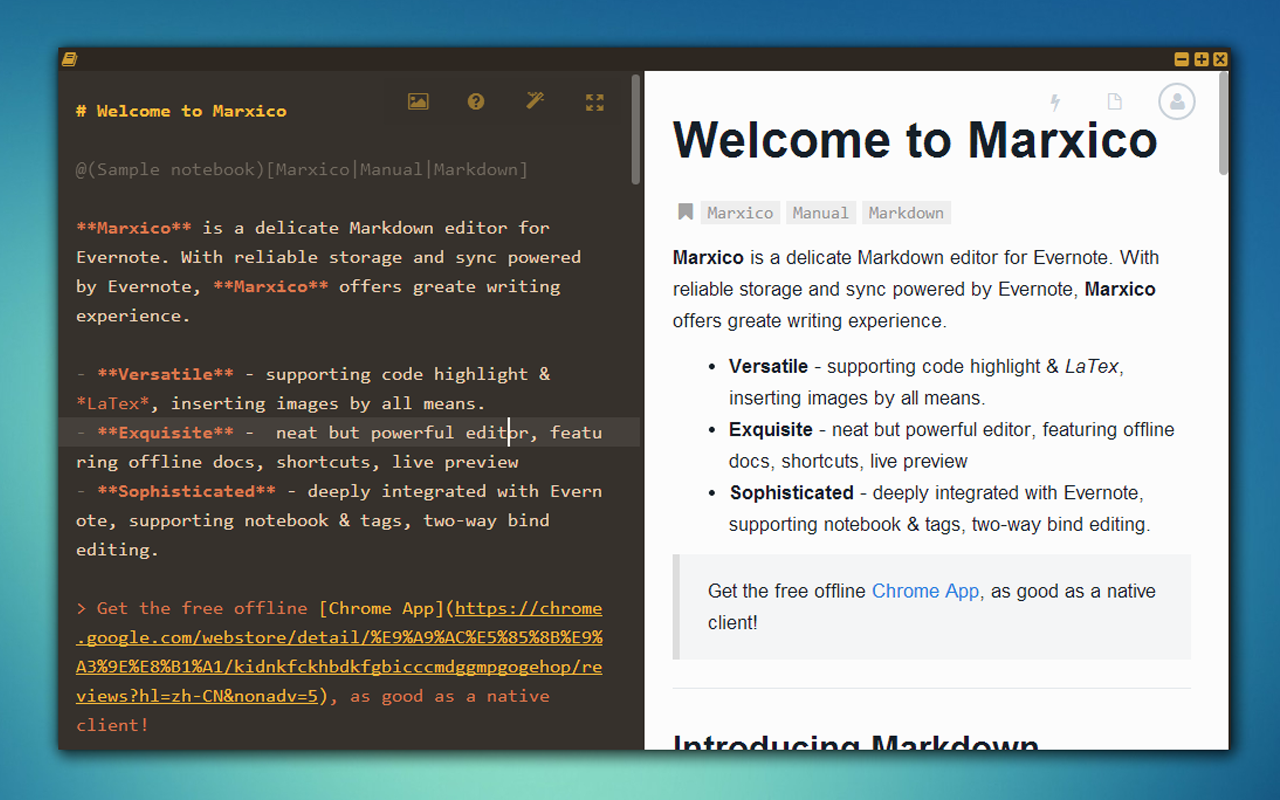 Marxico allows me to use my top-requested feature for Evernote that it currently lacks: Markdown! This app allows me to write notes in Markdown and then sync them to Evernote as rich-text (rendered markdown). I can write code blocks (with syntax highlighting), tables, lists, checkboxes, flow charts, and sequence diagrams without having to leave my note editor. You can even paste an image into the editor, and it’ll attach it to your note, and write the Markdown-specific image tag for you. It’s been a huge timesaver for me, and it kept me using Evernote which already stores thousands of notes that I’ve written over the last eight years or so.

The app also performs all of this really well, and my guess is because it’s running on top of the excellent Electron framework, which GitHub’s Atom editor is based on.

I’ve been using Marxico since June of this year, so I’ve got about four months of use under my belt, and it has been completely worth the $16/yr for the app. No real complaint comes to mind with regard to the apps functionality or feature set.

If you’re an Evernote user that would like to write your notes using Markdown, I urge you to try Marxico; it comes with a 10-day free trial.